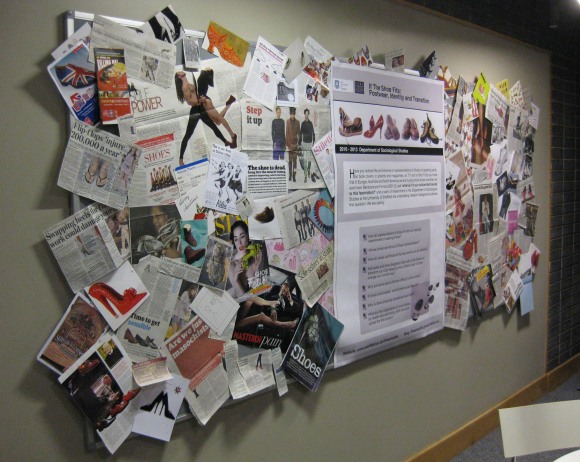 In December last year I helped curate an exhibition in the ICOSS building at the University of Sheffield which showcased the research that had been conducted to-date for the research project If the Shoe Fits: Footwear, Identity and Transition.  The exhibition was aimed at communicating the aims and objectives of the project, along with a sample of the data gathered so far, to a wider audience.

I later assisted Jenny Hockey in writing a review built on an exhibition toolkit written by Hazel Burke as part of the ‘Real Life Methods’ programme at the University of Manchester. Those planning on setting up an exhibition to disseminate data, or those interested in seeing some images of our exhibition may be interested to read the review (left).

I also produced a brief observational film of people’s shoes on Carnaby Street in London to accompany the exhibition. To view the film click here.